Munich, München or am I in Monaco?

What does “Munich” actually mean? It can be quite confusing for tourists as there are several names in different languages for Munich. So here’s a comprehensive explanation of the term “Munich” and it’s meaning.

Munich is the term used in the English language, as well as in French and other languages. In German, Munich actually is called “München” [mʏnçən]. For native English speakers it is quite hard to pronounce the name of the city right. This because of the use of the so called German “soft ch” and then there’s an so called Umlaut (Ü) just in front of it. So pronouncing München right is really challenging if you never learned German. So usually you will call it “myn-shen” or “myn-cken”. No worries, everybody will get you want to say “München”. And you’re not alone. Even some guidebooks tell it’s spoken “myn-shen”. As mentioned it’s very hard to produce a sound that phonetically barely exists in your own language. Just think of Germans not being able to produce the “th”-sound and substituting it with “s” or “z”. Same here.  So to pronounce the “soft ch” correct, just think of the English word “Loch” but the ch more like a harsh “h” like in “huge” and not like “ck”.

In Italian, by the way, Munich is called “Monaco”. To avoid any confusion about “Monaco”, the small, wealthy state in France’s south, Italians often call Munich “Monaco di Baviere” (Monaco in Bavaria).

Now you know how to pronounce München, but what does this weird name actually mean? It’s now time to go back to the year 1158.

It’s the era of knights, maids, farmers and merchants. Bavaria consists of huge forests and medieval towns and cities. Emperor Frederick Barbarossa rules the Holy Roman Empire, an area consisting of what today is Germany, Austria, Switzerland, the Czech Republic, Slovenia, the Netherlands, Luxembourg, nearly complete Belgium, half of Italy, and quite many parts of Poland and France.

A rather young relative of Frederick Barbarossa named “Henry the Lion” was Duke of Saxony, a dukedom in northern Germany. As he supported Frederick becoming Emperor, Frederick gave him the Duchy of Bavaria as present.

Henry found out, that there was a quite rich bishop, the bishop of Freising, who controlled the salt trading routes from the Alps to western and northern Germany. All salt traders had to pay a toll to the bishop to get over the bridge of River Isar in the town of Freising. So Henry built another bridge just a few miles south of Freising town, near to a Benedictine monastery and a small settlement. Then, Henry went to Freising, burnt down the bishop’s bridge and rerouted the trading route to the small settlement. So the traders had to pay a bridge toll to Henry. As you can imagine, the bishop was really upset and complained to the Emperor. The Emperor confirmed the trading rights for Henry’s settlement, but also forced Herny to pay an annual compensation to the bishop of Freising.

This decision of Emporer Frederick in the year 1158 is known to be the first official mention of Munich. At that time every text was written in ancient Latin language and the settlement was named “forum […] apud munichen” which can be translated to “market/settlement where monks live”. So “munichen” is actually an old latin word for monks. Over the years the word changed to “München”.

Sing up for our newsletter and get 20% off your booking today! 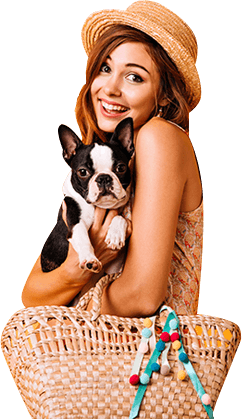